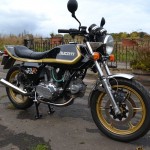 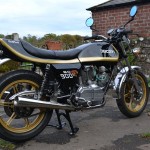 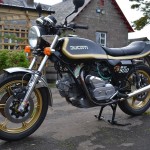 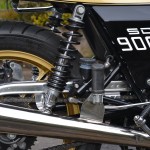 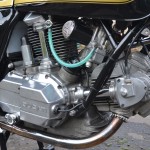 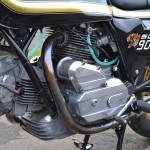 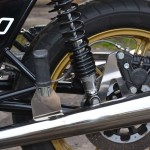 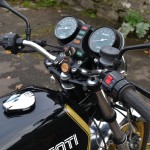 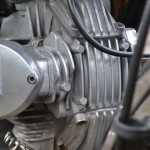 This gorgeous Ducati was restored by its owner.

The frame, swinging arm and cycle parts were powder coated.

The wheels were crack tested and powder coated.

The chrome items were re-finished.

The zinc items and fasteners were re-finished.

The bodywork was professionally refinished using the best quality decals and lacquered.

All of the painted ancillaries were appropriately refurbished.

The fork stanchions were checked for straightness and hard-chromed.

The heads were removed and checked.

Everything was cleaned, checked and re-assembled carefully.

The wiring was harness checked and refitted carefully and tidily.

The brakes were fully refurbished with genuine Brembo parts including Teflon pistons.

The engine was rebuilt with new pistons and bearings.