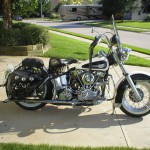 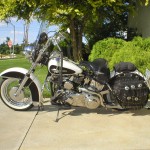 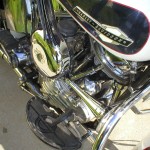 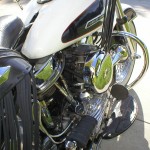 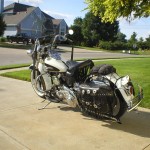 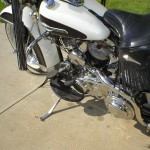 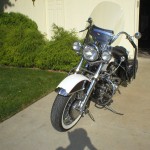 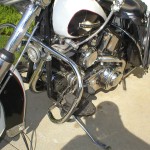 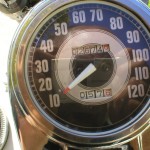 This entire bike was disassembled and everything was replaced or rebuilt during 2008.

The engine is an original 1951 panhead and was overhauled by one of Omaha’s best mechanics.

A new S&S carburettor with a K&N air filter was fitted.

New bearings and bushings were used throughout.

The front forks were totally rebuilt.

Converted to a 12 volt system with updated generator & regulator.

An original style horn was used.

The original pogo seat was recovered.

Harley-Davidson Panhead – 1951 For Sale or Wanted?

Spares and Parts for your Harley-Davidson Panhead – 1951?

Workshop Manual for your Harley-Davidson Panhead – 1951?