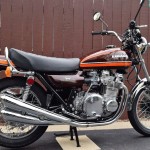 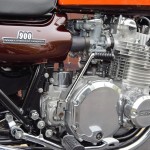 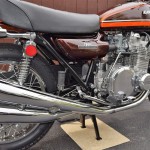 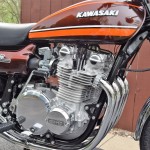 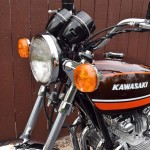 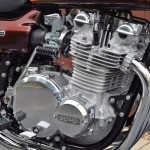 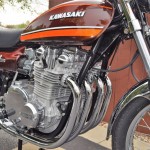 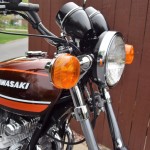 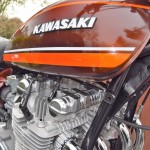 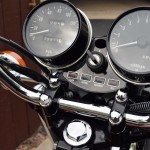 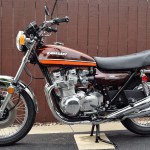 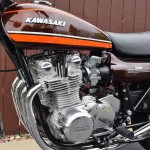 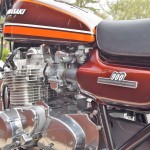 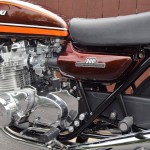 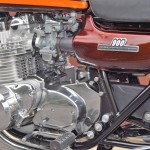 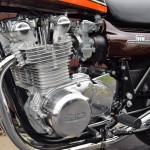 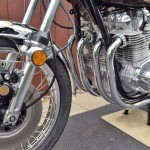 This super Kawasaki was fully restored by its owner.

The motor was blasted and painted.

The front and rear wheel rims were re-chromed.

The brakes were replaced.

The gauges were rebuilt.

Both fenders were replaced.

The bodywork was replaced.