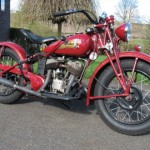 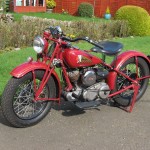 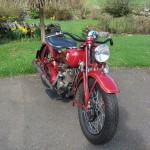 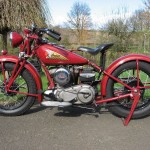 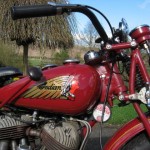 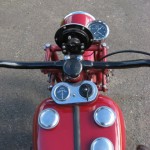 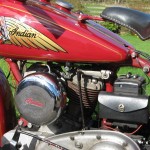 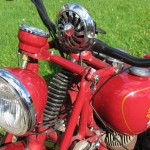 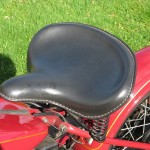 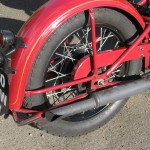 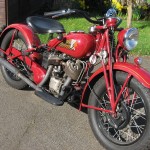 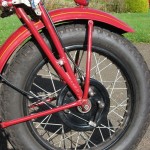 This bike has undergone a complete mechanical and electrical restoration which was completed in the spring of 2011.

The engine and gearbox were restored by a well known Edinburgh based Indian specialist and the rest of the bike by a retired professional engineer.

Every single part, both mechanical and electrical, was dis-assembled inspected and overhauled as necessary.

The cylinders were bored to increase the cubic capacity from 500cc to 600cc and oversize valves were fitted.

New pistons were supplied by an Indian specialist based in the U.S.A.

The rotor arm and distributor cap were replaced by a dual coil wasted spark system. This modification prevents electrical tracking on the surface of the distributor cap during wet weather.

The original dynamo chain drive was replaced by a toothed drive belt and the dynamo was converted for 12volt operation.

Workshop Manual for your Indian Scout – 1943?