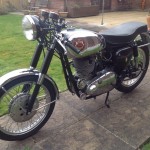 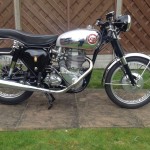 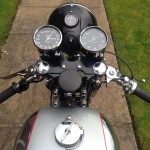 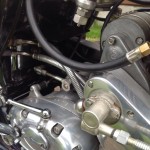 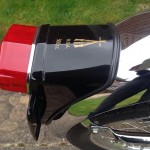 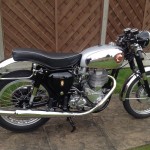 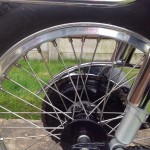 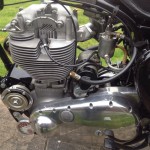 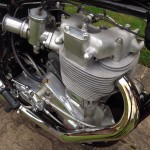 This restoration was completed in 2011.

The crankshaft was refurbished with new bearings.

The clutch was uprated.

Most of the parts used were new old stock, re-furbished original or genuine BSA.

The frame was hand painted in two pack.

All of the alloy parts were aqua bead blasted.

All of the control cables were replaced.

The chrome parts were re-chromed.

All of the fittings were plated.

The carburettor was rebuilt.

The dynamo was refurbished.

A new speedo was fitted.

The tank was chromed and painted.

The forks were rebuilt with new hard chrome stanchions, bushes and seals.