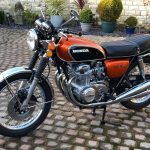 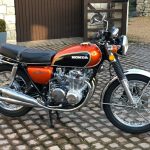 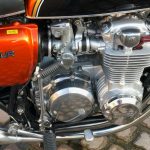 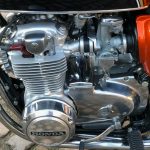 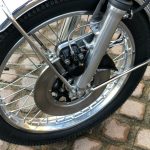 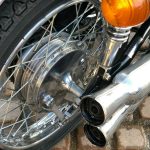 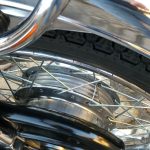 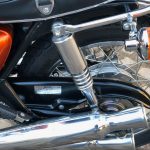 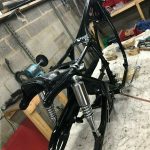 This lovely Honda was fully restored by its owner.

The tank and side panels were professionally re-painted.

The clocks were stripped, new face decals were applied and all of the internals were cleaned, lubed and re-built.

Both wheels were rebuilt with new genuine spokes.

The handlebars & grips were replaced with new genuine parts.

The handlebar switches were stripped, shot blasted and repainted.

The engine was stripped and rebuilt using new piston rings.

All of the nuts and bolts were re-plated.

The brake master cylinder was overhauled with new seals.

The front caliper had a new seal kit fitted.

The carbs were overhauled, cleaned and rebuilt.