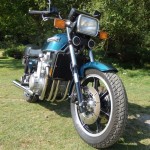 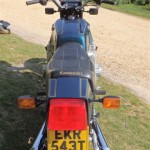 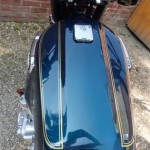 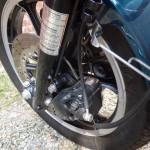 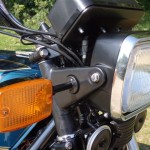 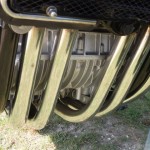 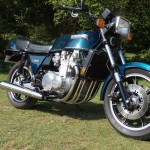 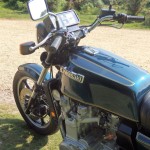 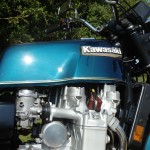 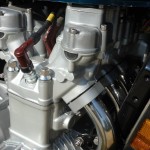 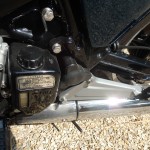 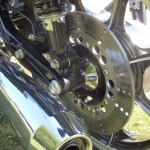 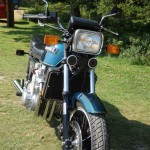 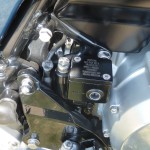 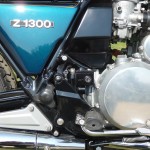 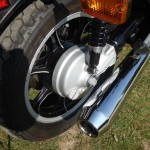 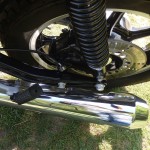 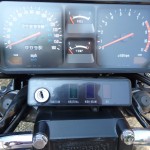 This Motorcycle is one of Mike’s own restorations, lovingly completed in 2014.

Mike’s a real enthusiast with a passion for old motorcycles.  He’s been restoring motorcycles as a hobby for many years. When Mike completes a bike restoration he’s happy to just sell it on to a lucky buyer. The asking price is set to only break-even on the all costs incurred so he can move on to buy and save another old classic bike. In January 2015 this bike found a good home with an enthusiast motorcycle collector. 🙂

Since then it has only covered 1,284 miles spending most of its time in storage as the original owner worked abroad.

This bike was stripped and professionally restored.

The frame, swinging arm and all engine brackets were powder coated.

The tank, side panels and tail piece were professionally re-spayed in the original Kawasaki green.

New side panel badges were sourced and fitted.

The wheels were powder coated black.

The original silencers were re-chromed.

Every nut and bolt was either zinc plated or replaced with new.

The brakes have been completely rebuilt.

During the restoration the cylinder head was removed and it certainly looks like this is a low mileage example.