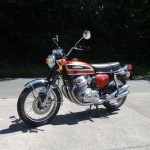 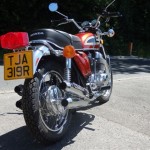 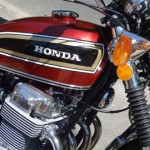 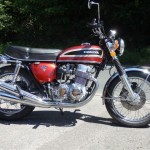 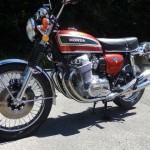 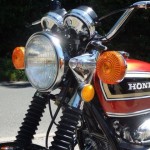 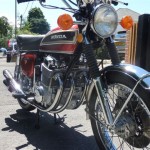 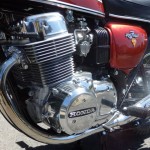 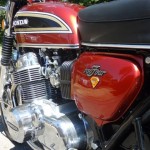 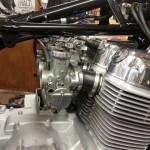 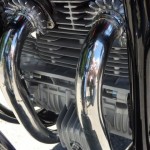 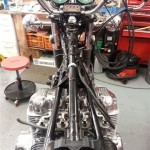 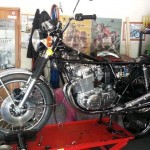 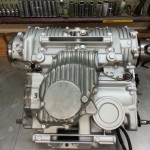 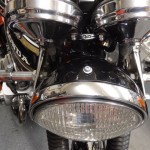 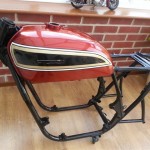 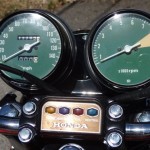 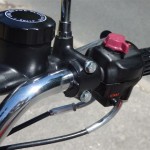 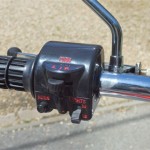 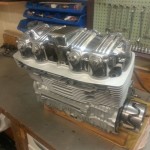 Restored by us during 2014 this beautiful Honda CB750 SOHC is offered for sale in the UK.

This Motorcycle has been professionally restored down to the last nut and bolt, the finish is exceptional and draws a crowd anywhere is goes.

The frame, swinging arm, stands, top and bottom yokes and all brackets were powder-coated.

All of the engine mounting bolts were polished and zinc plated.

The engine was removed and thoroughly cleaned and sprayed in heat resistant paint.

The outer engine cases were all polished.

The top end was removed, the bores honed and new piston rings were fitted.

The valves were removed, lapped in and fitted with new oil seals.

A new Cam Chain was installed.

The engine was then re-assembled with all new gaskets and seals.

The carburettors were stripped, cleaned and re-assembled with new float valves.

All of the electrical items work and the new battery charges nicely when the bike is running.

The original wheels are still on the bike and look good, there are some marks from tyre levers over the years. New period looking tyres were fitted with new tubes.

The original exhaust system was retained, it has a small repair under one silencer that can been seen if you lay on the ground under the bike. New end caps and heat shields were installed.

A new petrol cap was used and the petrol tap was reconditioned with a new stainer and seals.

A new replacement seat was used with a new seat lock.

Every single nut bolt and washer was either polished and re plated or replaced.

This Honda wants for nothing and is in better than new condition, its restoration has been a labour of love and no expense has been spared. The total cost in parts alone is over the asking price.

Restoring classic bikes is a passion of mine, this one had to move on to make way for the next project…….. 🙂