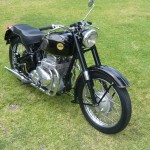 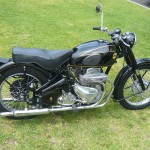 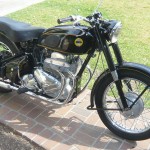 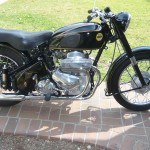 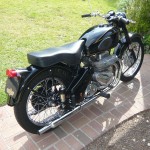 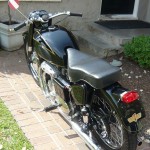 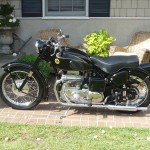 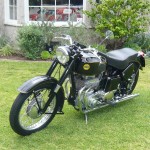 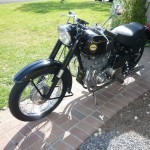 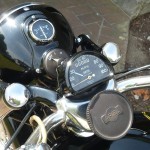 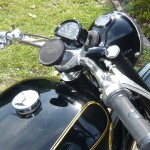 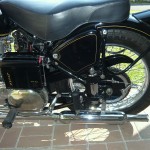 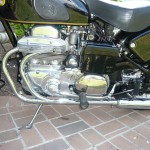 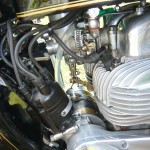 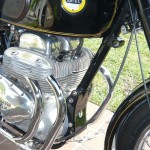 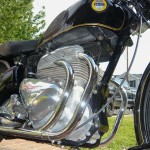 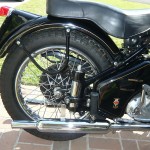 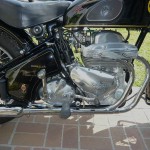 This bike has been fully restored.

The frame was stripped and re-painted in the original black.

The seat was re-upholstered in leather.

The wheels were rebuilt.

The engine was overhauled and rebuilt with new parts.

The outer engine cases were polished.

The fuel tank was professionally re-sprayed.

A new 6 volt gel battery was concealed in the original battery box.