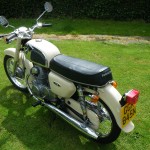 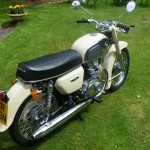 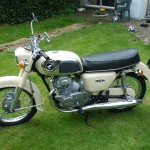 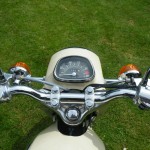 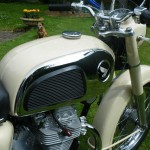 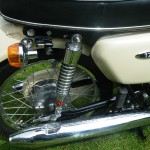 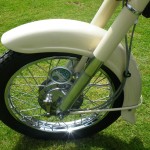 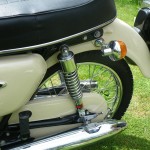 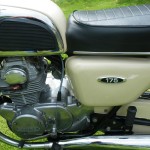 This lovely little Honda has been restored to a very high standard.

The frame and swinging arm were black gloss powder coated.

The wheel hubs were polished.

All of the tinware was professionally painted.

The original petrol tank side panels, handlebars and the rear brake lever were all re-chromed.

New indicators and a new tail light were used.

The switches were polished.

New side panel emblems were used.

The engine casings were polished.

Both of the mudguards were repaired then primed and painted.