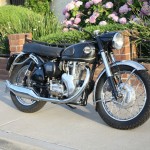 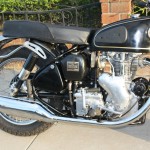 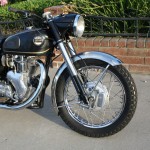 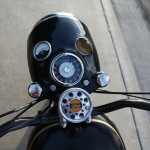 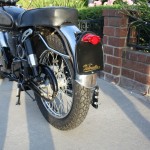 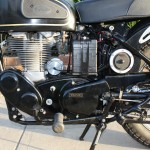 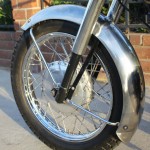 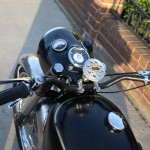 The engine was rebuilt with new crank bearings.

The crankcases were properly shimmed to pre-load the tapered main bearings.

A new oil pump and new valves were used during the engine rebuild.

A new 12 volt system including a new dynamo and an electronic regulator/rectifier was fitted.

A new exhaust pipe and muffler was sourced and fitted.

Many of the original fasteners were re-plated.

The seat was reconditioned with new seat foam and a cover.

The front wheel was rebuilt with a new rim and new spokes.

The rear wheel rim was replaced with a new item.

Many other small parts were replaced such as: