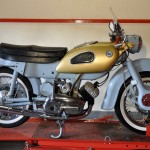 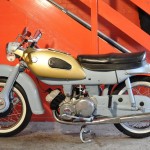 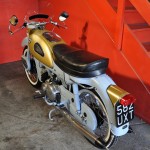 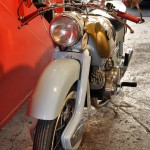 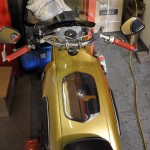 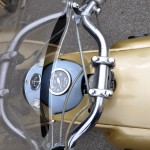 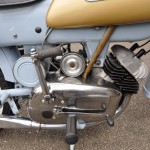 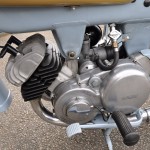 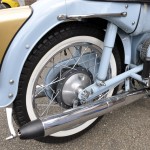 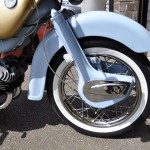 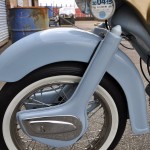 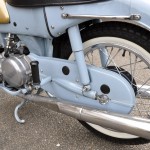 This Ariel was restored over a number of years.

The engine was given a full overhaul and the porting was improved on the cylinder barrels.

The exhausts were de-carbonised.

The carburettor, verified as 1.1/16” choke was rebuilt with the correct jets and settings.

The carburettor was ultrasonically cleaned.

The ignition timing was correctly set.

A new fuel tap was fitted.

All of the fluids were changed.

All of the wiring was checked and repaired as necessary.

The frame was refinished in two pack gloss.

A new screen and clamps were fitted.

The front and rear brakes were examined and the drums were cleaned.

The front brake shoes were modified for optimum braking.