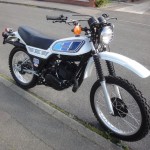 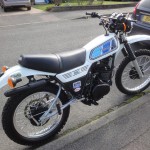 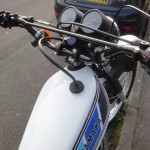 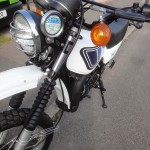 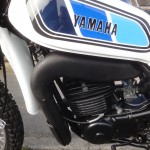 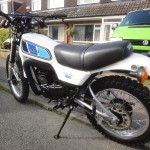 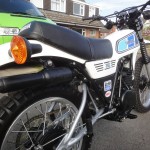 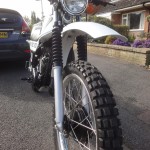 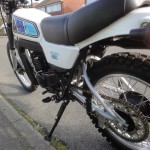 This DT250 was fully restored by its owner.

The engine was professionally rebuilt with a new crankshaft.

All of the bearings, seals and gaskets were replaced.

The cylinder was bored to first oversize and a new piston was fitted.

The frame and ancillaries were powder coated.

The paintwork was refinished in the original white.

The exhaust was painted in heat resistant black.

All of the fasteners were re-plated or replaced.