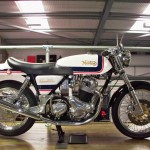 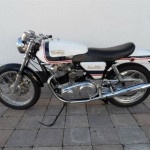 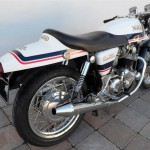 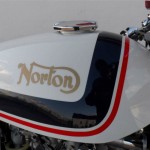 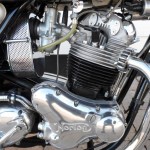 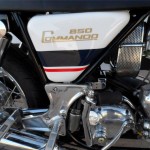 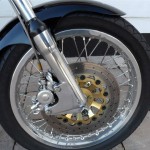 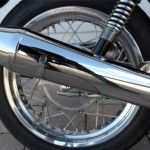 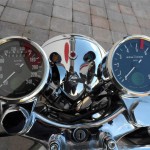 This Norton was stripped down to the frame and rebuilt with upgraded parts.

The frame was re-painted.

The petrol tank and side panels were re-sprayed to a very high standard.

All new and strong crank cases were used.

The head was tuned and fitted with big valves and polished rocker arms.

The engine was rebuilt with the following:

New pistons with cut away.

A one piece Nourish crank.

All small parts were new including the bearings, cam followers and the oil pump.

The front brake was upgraded to a floating disc brake.