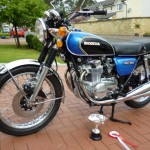 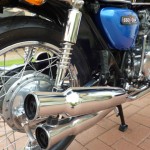 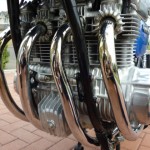 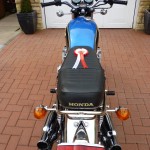 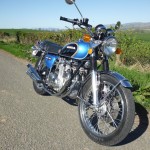 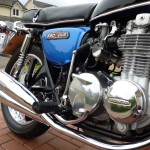 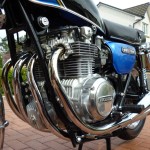 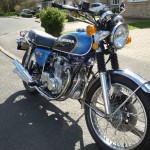 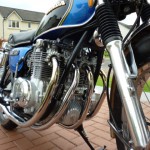 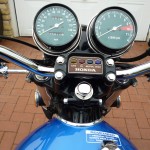 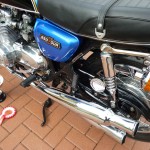 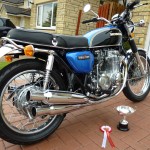 The restoration work carried out included the following:-

The frame was shot blasted and enamelled.

The wheel rims were re-chromed and both wheels were re-built with new spokes, new bearings and tyres.

The engine top end was rebuilt with new piston rings, the timing chain was replaced, the tappets were re-set.

The carburettors were totally stripped and ultrasonically cleaned.

The fuel tank was thoroughly glass bead blasted and treated.

The speedo and rev counter were totally reconditioned with new faces and needles fitted.

The brake calliper was reconditioned with new seals and pads.

New parts that were fitted include: