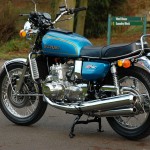 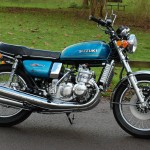 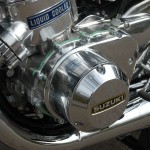 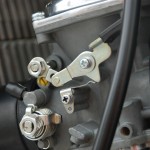 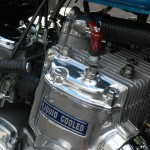 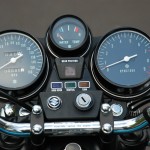 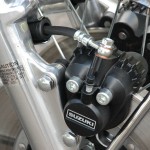 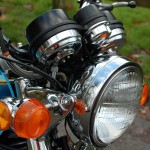 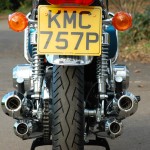 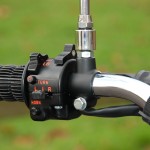 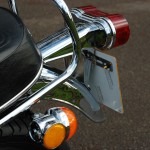 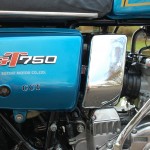 The engine was rebuilt including the crank and new pistons were fitted.

A new genuine seat with stainless trim was used.

The frame was painted not powder coated.

All of the paintwork including the tank and side panels was professionally re-sprayed.

Most of the chrome items were re-chromed.

The carburettors were totally restored.

The clocks were restored including the damping.

The original exhaust pipes were re-chromed.

The brakes were fully reconditioned with seals and pads.

The indicators were replaced with new items.

The switches were reconditioned.

The forks were hard chromed and fitted with new seals.

An outstanding restored Suzuki GT750 Motorcycle……you know I have a soft spot for these!!.. One of the best I’ve seen.